Our family owned à la carte restaurant and bar is located in Arbroath, Angus the place the declaration of Arbroath was created. Arbroath is a former royal burgh and is steeped in history and culture.

The Old Brewhouse is the perfect location to relax and unwind on your visit to Arbroath which has a wealth of historical landmarks.

What to do in Arbroath

Leisure facilities are plentiful and varied in and around Arbroath. We are happy to provide suggestions for days out with maps if you need them!

Activities include golf, fishing, bird watching, photography and hiking… or simply taking in the beautiful scenery around the coastline. You could even take a trip from the harbour out to the Bellrock Lighthouse on the Ocean Predator; I’m sure Skipper Alec will be happy to tell you some of his seafaring tales! With little light pollution, the night skies are wonderful for star gazing or watching the silvery moon over the sea.

The Old Brewhouse is an ideal touring base for those who wish to explore and enjoy the dramatic beauty of the nearby glens, taking in Braemar, up to Balmoral and Royal Deeside, or Glamis Castle, which is just a stones throw away. To the south, St Andrews and the Fife coast is easily accessible from Arbroath. 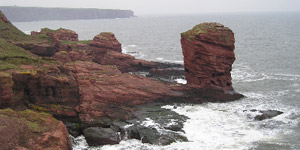 The nature trail along the sea cliffs to neighbouring Auchmithie has spectacular scenery with 15 points of interest and a wide variety of sea bird species, including Puffin, Guillemots, Razorbill and Eider Duck to a name but a few. 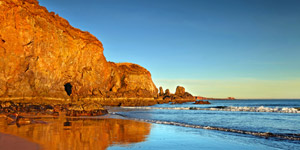 Lunan Bay is a beautiful, broad east facing beach of sand backed by dunes and low cliffs to the north and south. From its northern point, Boddin head, it stretches over two miles to Ethie Haven in the south. Lunan Bay has to be on Scotland’s list of one of the most beautiful beaches. 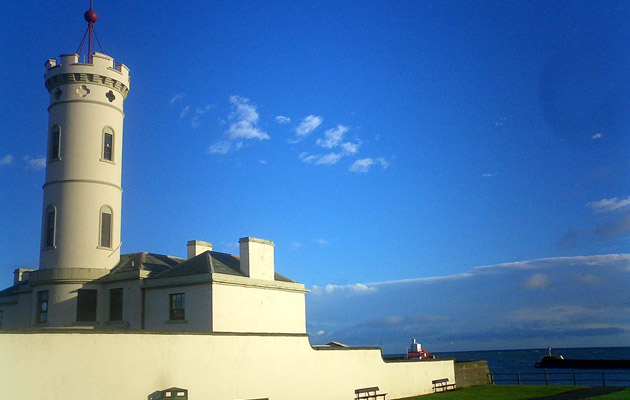 Located next to the Harbour, the Arbroath Signal Tower Museum highlights the history and culture of the town. Exhibits detail the lives of the fishermen of the area, the Arbroath Smokie and the building of the famous Bellrock Lighthouse, designed by the engineer Robert Stevenson.

Built in 1813, also by Robert Stevenson, the Signal Tower was the shore station for the Bellrock Lighthouse until 1955 and provided a home for the keepers and their families. The museum illustrates the power looms which once made canvas from flax in the town, a 1950’s classroom, a Victorian lighthouse parlour and a display on the fauna of the sea. A reconstruction of the fishing village of Auchmithie in the late 19th century illustrates the making of smokies along with the smell of the smoke. The museum also regularly displays temporary exhibitions. 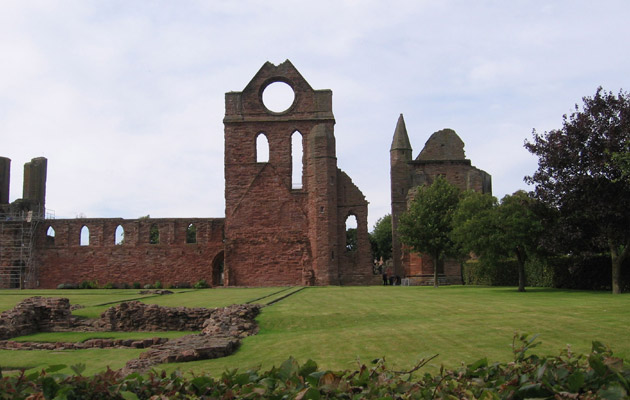 The Abbey was founded in 1178 by King William the Lion for a group of Benedictine monks from Kelso Abbey. The Abbey was built over 60 years with local red sandstone. It was consecrated in 1197 with a dedication to the deceased Saint Thomas Becket. The monks were allowed to run a market and build a harbour. The Abbey, which was the richest in Scotland, is most famous for its association with the Declaration of Arbroath in 1320.

Unfortunately the Abbey fell to ruin after the Reformation. From 1590 onwards stones were pillaged from the Abbey for other buildings in the town and this continued until 1815 when steps were taken to try to preserve the remaining ruins.

The distinctive round window high up in the south transept was originally lit up at night as a beacon the mariners. It is locally known as the 'Round O' and from this tradition, inhabitants from Arbroath are colloquially known as 'Reid Lichities'. 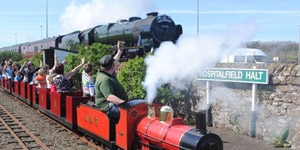 Kerrs Miniature Railway is a 260 mm gauge railway situated adjacent to the east coast main line railway to Aberdeen, in West Links Park, Arbroath. It is the oldest miniature railway in Scotland, having first opened for business in 1935. This family owned business has 6 engines - including two steam engines, and runs a 1/2 mile ride along Arbroaths seafront.